Communities throughout central Appalachia are looking for a future after coal. Part of that challenge involves figuring out what to do with former mines.

For Ensia, I visited St. Paul, Virginia, one among the many Central Appalachian coalfield communities building outdoor recreation opportunities to benefit the regional economy and fill a gap left by the dwindling coal industry. I found the early signs of an outdoor industry taking hold, and other communities like Dante, several miles up the road, seeking to follow the same path. Change doesn’t come easy, however, and the growing outdoor industry faces challenges from the effects of coal’s remnants on the environment, economy and culture.

Read the story at Ensia.

In 1979, Roanoke was a blue-collar New South city built around the Norfolk & Western railroad. The city core was decaying as businesses and residents moved outward to suburbs and adjacent counties.

Today, the Star City has become what so many cities of its size, geography, and history want to be. It’s burgeoning, chock full of craft beer, and eminently welcoming to outdoorsy Millennials. As small cities struggle to retain young people, Roanoke is attracting them.

How did this happen? And what does downtown’s transformation mean for nearby neighborhoods like historic Gainsboro?

Read the full story at CityLab.

There’s been lots of talk about transitioning the economies of Appalachian communities from their historic base into the 21st Century. But what does that actually look like?

I’d suggest the Roanoke Valley as a possible example of economic transition. The railroad—which jumpstarted Roanoke as the city in 1880s—no longer is a big economic driver, but we’re seeing a cascading series of companies coming in to fill the void: Large production breweries, advanced manufacturing & more. Better partnerships between regional entities—think Carilion & Virginia Tech for one example—are generating new activity as well.

Clearly not all that success has translated equally to residents across town, but it does look like progress from the big-picture perspective. Certainly people seem more stoked to live in Roanoke now than they did a decade ago.

For more about what this transition looks like in 2016 Roanoke, read my regional profile in Virginia Business.

Much like its subject, Mountain State Overland, this story took a twisy, wandering path to publication, occasionally getting stuck in mud holes or having to find an alternate route.

The adventuring filmmakers of MSO are mapping their own version of Appalachia and the East Coast using GPS technology, up-fitted four-wheel-drive vehicles and digital video.

The group is part of the latest revival of overlanding—a trend that really never went away. Consider overlanding a high-tech, revved-up version of car camping, albeit one that allows access to areas that few get to see.

Bend, Oregon’s Deschutes Brewery was searching for site for its East Coast production facility when something unusual happened: News of the search leaked out.

The leak generated an aggressive grassroots campaign in Roanoke to win Deschutes, which was considered more likely to locate a few hours south in Asheville, N.C., the multi-time Beer City U.S.A. A social media campaign was just one element of the Star City’s attempt to woo Deschutes.

For All About Beer, I wrote about the behind-the-scenes operation to win Deschutes, not just with infrastructure and a public push, but with intangibles like an illuminated dancer and the historic concerts of a historic jam band.

Read the story at All About Beer.

When at the bar, never discuss politics, religion or sex, it’s said, and you’ll have a fine time.

Despite the long shelf life of that truism, all three subjects stubbornly remain hot topics for discussion while quaffing beer. When it comes to politics, that conversation may lead well beyond the barroom.

Take, for example, John Hickenlooper at Wynkoop Brewing Co., Brett VanderKamp at New Holland Brewing and Roger Baylor at New Albanian Brewing Co., who ran for governor, state senate and city council, respectively. Of the three, only two-term Colorado Gov. Hickenlooper was successful, but all three campaigns stemmed in part from the business of beer.

Their stories illustrate only the latest version of the longtime connection between politics and beer. Both, after all, are based in relationships.

Read more about the longtime link between beer and politics at All About Beer.

On a recent afternoon, visitors packed into Blue Mountain Brewery, one of three craft breweries in Virginia’s idyllic Rockfish Valley. Couples and families spilled out of the restaurant onto patios and into gardens, sipping Full Nelson Pale Ale, Kölsch 151, Original Nitro Porter, and more.

Above them, the low-hanging clouds that obscured Afton Mountain’s upper ridges couldn’t mute the bright reds, oranges, and yellows exploding on its slopes. The brewery is just four miles below Rockfish Gap — the mountain pass that marks the southern entrance of Shenandoah National Park, the passage of the Appalachian Trail, and the point where Skyline Drive becomes the Blue Ridge Parkway.

But there’s a storm brewing in this autumnal paradise, as evidenced by a sign in front of the brewery that’s become quite common in the Blue Ridge Mountains of late: “No pipeline.”

Read more of my first story for Grist, which details how craft brewers increasingly are getting involved in environmental politics.

When children walk in the door at Hopworks Urban Brewery in Portland, Oregon, they’re given a ball of the restaurant’s organic base pizza dough—think an edible version of Play-Doh. The restaurant features three different play areas with train tables, chalk boards, magnets, books and toys.

The link between beer and families isn’t as odd at it seems. European pubs and beer gardens traditionally serve as community centers. Busch Gardens amusement parks had their origins in 1906 when Anheuser-Busch opened a garden and invited families to participate in picnics and egg hunts while sampling beer in hospitality houses.

Read more about child-friendly breweries in my story on All About Beer magazine’s website.

You can also discuss the story, either in the comments on the story itself, on All About Beer’s Facebook page or in this thread on Reddit.

Regional cooperation in western Virginia has come a long way from the late ‘60s and early ‘70s, when Salem and Roanoke each built their own civic center, just four years and seven miles apart from one another.

A 2013 report compiled by the Roanoke Valley Alleghany Regional Commission found that, despite the conventional wisdom, regional governments do work together on a regular basis. In fact the report, released biennially since 2003, cited 105 examples of governmental cooperation.

What’s that cooperation and collaboration produced? A growing network of greenways. A beefed-up tourism marketing campaign based around “Virginia’s Blue Ridge.” Economic development projects, including a near miss with Sierra Nevada Brewing Company and a win with Red Sun Farms, which will employ 200 people in a regional industrial park. More significantly, the various partnership give the region a leg up when competing in an increasingly global economy.

Despite its title, the commission’s “report card” offers no grades on efforts to cooperate. I tried to bring some of that critical perspective to my cover story on regional cooperation for the September issue of Roanoke Business. Read it here. 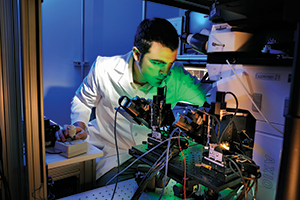 Earlier this year I took an assignment to write a community profile of the Roanoke Valley and New River Valley for Virginia Business magazine.

That story, which includes looks at the region’s manufacturing, tech sector, tourism, local food, craft brewing, retail, real estate and more, has now been published. It’s online here at the Virginia Business website, or you can find it in the print edition this month.